MentalBlocker is a puzzle game that I designed and developed in Swift. The motivation behind the game is simple: to create a game that challenges a player’s memory and problem-solving skills.

This is a personal project that gave me experience developing and designing my first game. The need was simple:
to learn and accomplish the goal of actually getting it done and published!

To create a visually appealing and mentally stimulating puzzle game. To learn the Swift programming language. 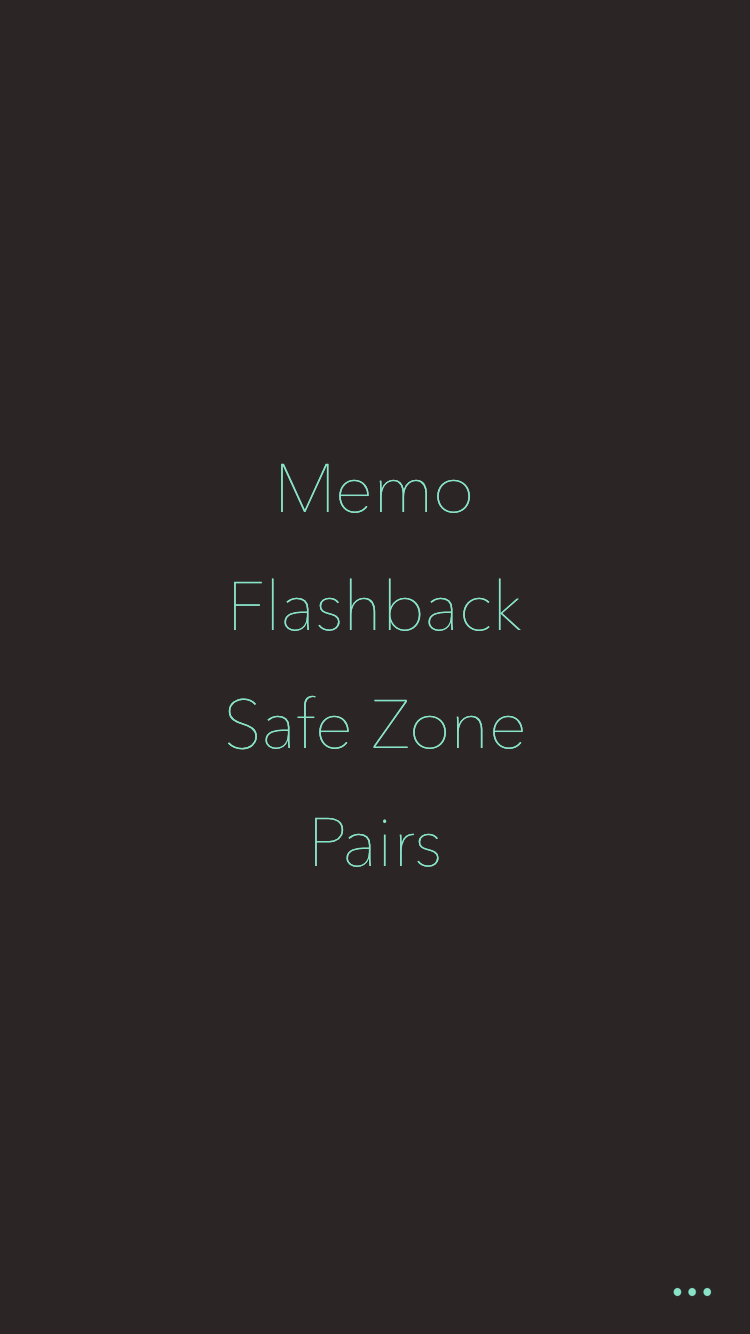 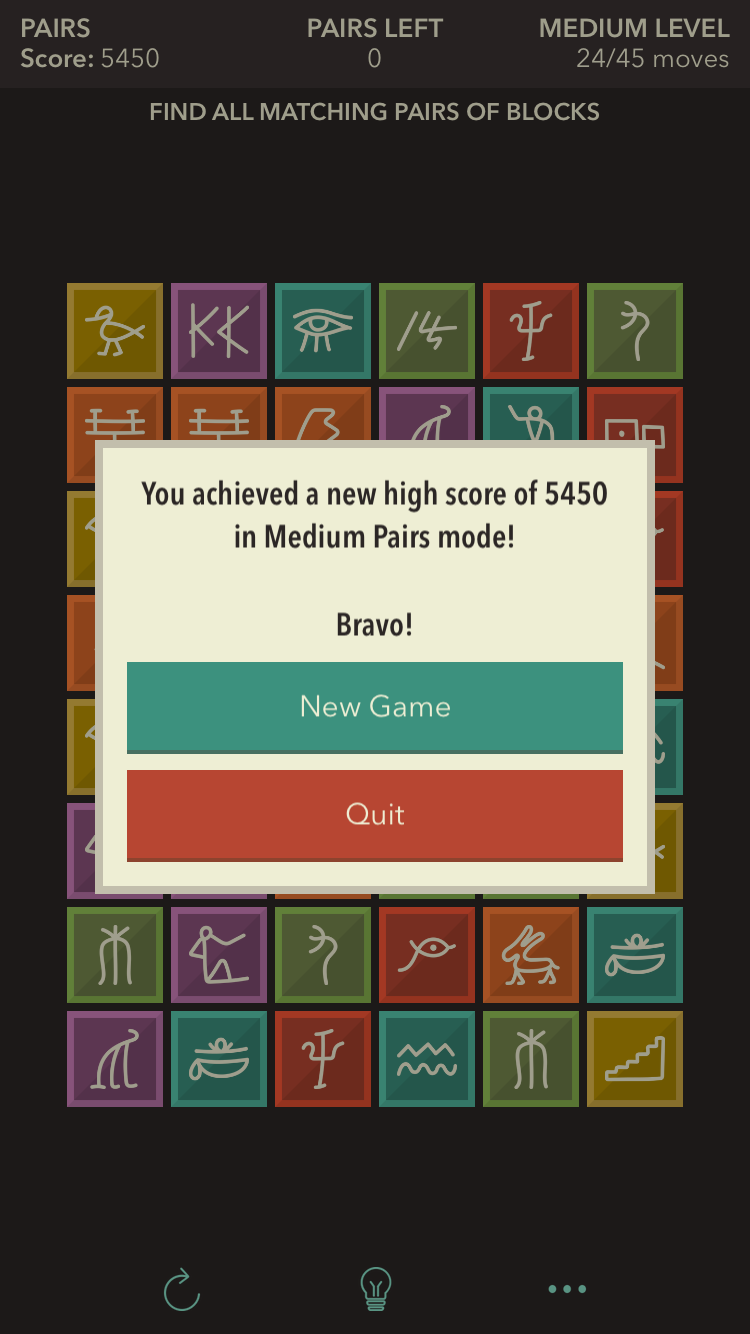 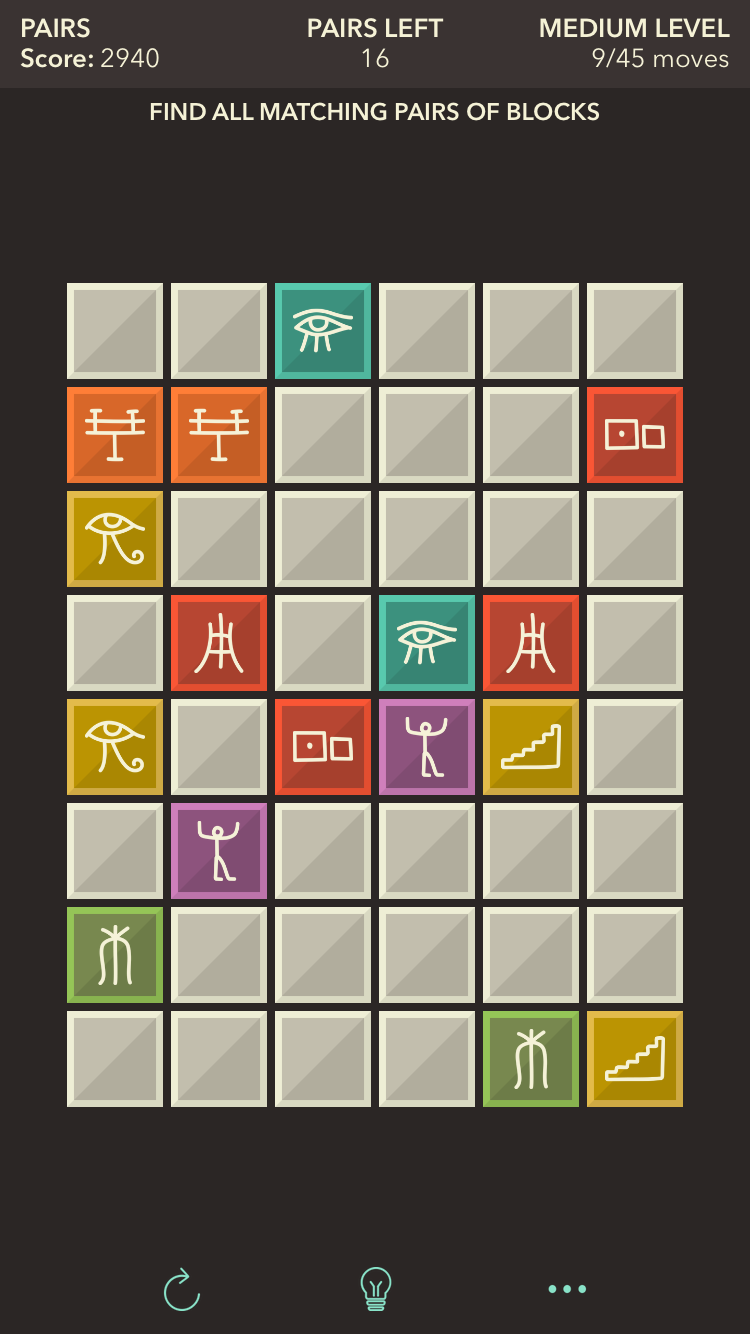 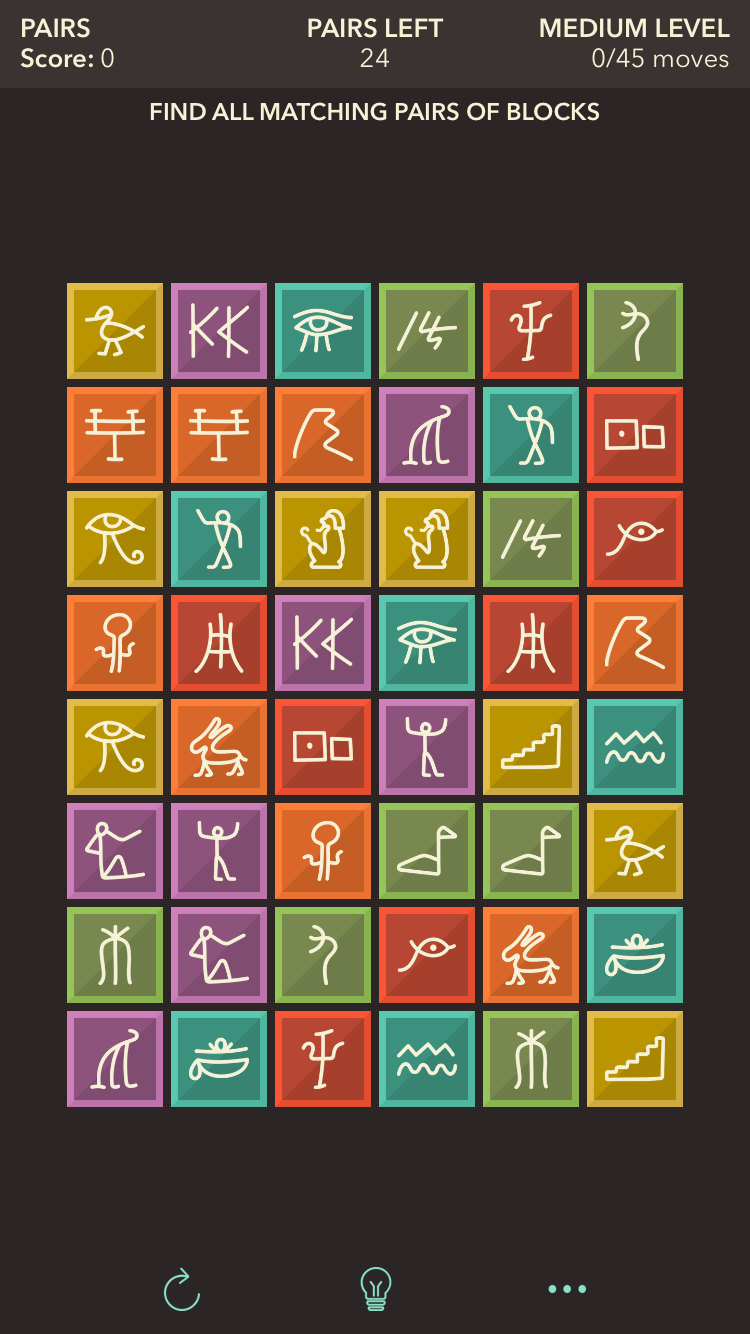 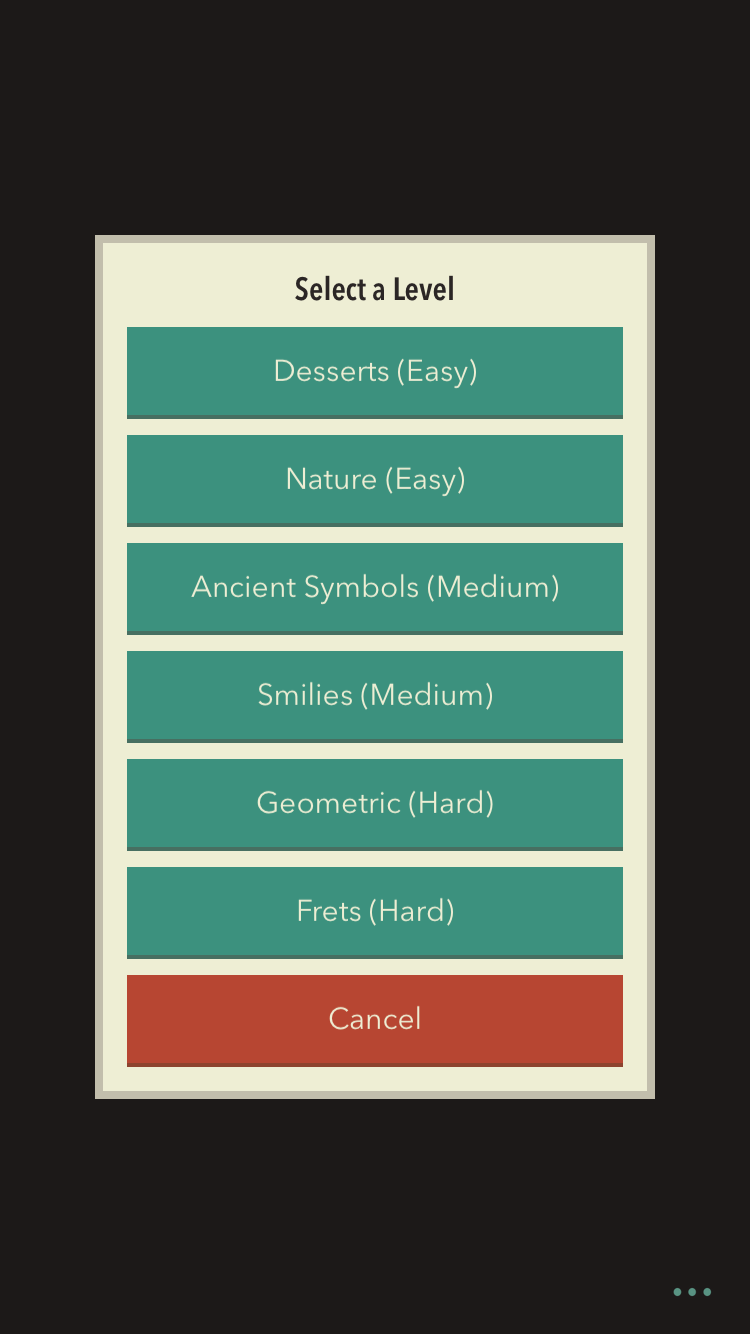 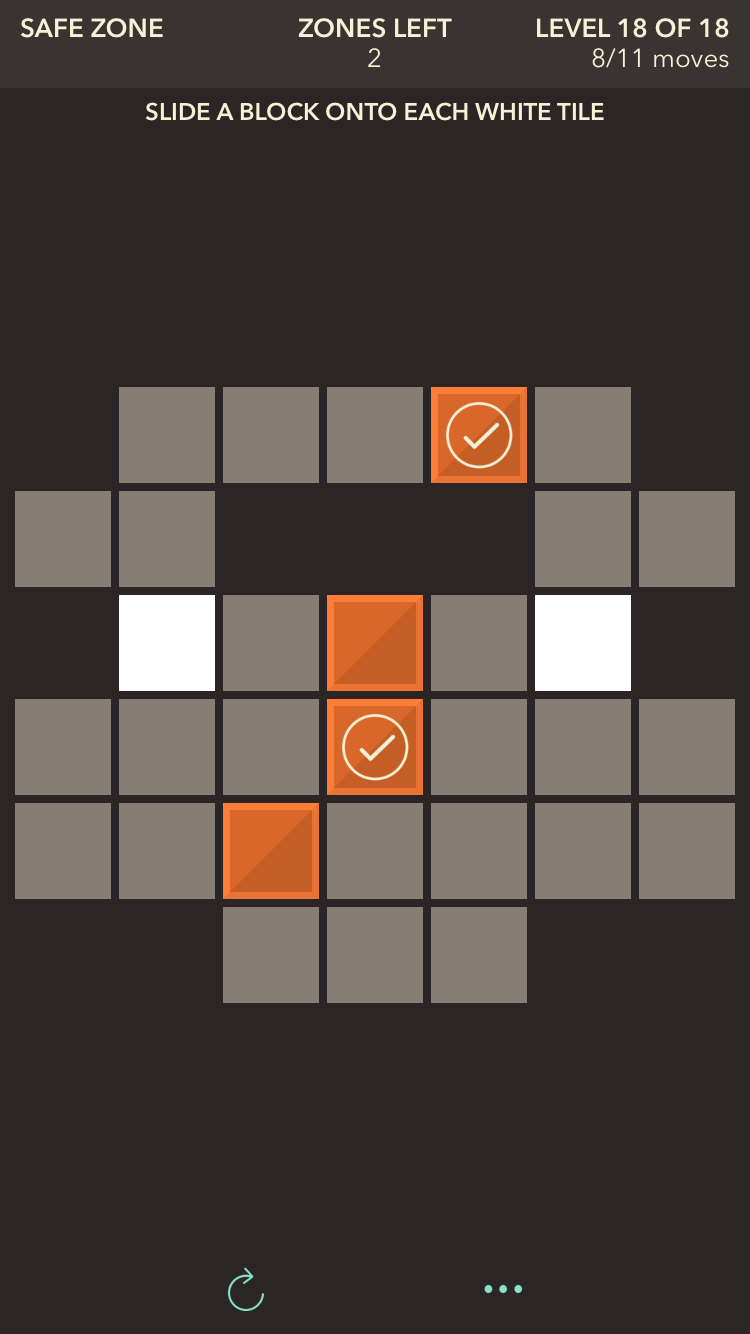 The game has four modes, all of which have two things in common: a grid of tiles and blocks. Memo mode shows randomly placed blocks on the screen for a second and then removes the blocks to allow the player to tap them in the correct positions by memory. The grid gets bigger and the number of blocks increases as the levels progress.

Flashback mode is similar, but instead of tapping the blocks in any order, the player must tap them in the order in which they appear.

Pairs mode is like the classic memory card game: pairs of images are marked on blocks of different colors, and the player flips over the blocks two at a time until all of the pairs are found.

Safe Zone mode, my favorite mode so far, is a puzzle with blocks that the player must slide into designated white tiles called Safe Zones. There is a caveat: instead of simply sliding each block onto a safe zone in however many moves the player can solve the level in, he or she must solve the level in the least amount of moves.

Here are computer simulations of the app that show the gameplay for each mode:

Memo: Tap the blocks that appear

Flashback: tap the blocks in the same order

Safe Zone: slide a block onto each white tile

To learn more about the design and implementation of my game, read this post. Click here to download this game for free on the App Store.

I completed the game and submitted it to the App Store where it is currently available for free download. :-)

About last night 🥰 Thanks to EVERYONE who came

To my husband: thank you for your truly unconditio

Frenchman’s cove 🏝 If only y’all knew how m